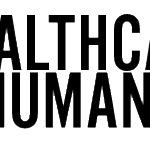 Following the election of Donald Trump and the change of power in the Senate, Republican leaders are in position to push forward with a sweeping overhaul of the healthcare system. Though they have not yet publicly announced the specific policies they will push, it is clear that the party leadership will pursue an extreme ideological agenda that will have the effect of limiting people’s access to healthcare, driving up healthcare costs for millions, increasing income inequality and financial insecurity, deepening false racial divisions to enormous effect and expanding corporate profits and power over people’s lives.

This extremist, anti-human agenda can be traced through at least nine healthcare plans that Republican leaders and conservative think tanks have released over the last four years. These plans include a blueprint issued by House Speaker Paul Ryan this past summer and legislation introduced last year by Representative Tom Price, Trump’s nominee for Secretary of Health and Human Services. (Price’s bill was passed by Congress and vetoed by President Obama.)

Though the plans differ on some policy specifics, there is clear alignment on sweeping privatization and draconian cuts of our public health programs—Medicare, Medicaid, ACA subsidies, and veteran and military healthcare plans—that would force higher healthcare costs on the elderly, the poor, and people with serious medical conditions.

Let us be clear: by revoking people’s access to care, these extremist cuts and privatization will kill tens of thousands of people every year. As people who are directly impacted by healthcare, racial, economic, and gender injustices, we, the members of the Healthcare Is a Human Right Collaborative, stand committed not just to defending against these attacks on our health, but to bringing the diverse communities that are most excluded from the healthcare system into the center of healthcare policy and the healthcare justice movement.

This is both a moral imperative and a strategic one. Racism and xenophobia were central to Donald Trump’s campaign, and using race to pit poor and working class communities against each other has always been central to the strategy to beat back social protections and just, equitable economic policies in the United States. By conjuring the perception that an undeserving group of “others” (most often an implicit reference to Black and Brown people) will benefit from any government program at someone else’s expense, extremists and healthcare profiteers have created an imagined sense of scarcity and stoked divisions, mistrust, and false competition. This is an intentional political effort to open up room for profiteering by the insurance, pharmaceutical, and hospital industries by masking the fact that a universal, publicly financed system of healthcare would help everyone who struggles to afford care in the privatized insurance system, including communities of color and white communities alike.

The only way to win a healthcare system that works for us all is to build a system that works for those who are most excluded. To do that, we must listen to and follow the leadership of most impacted communities; intentionally and perpetually challenge racism, exploitation, and all forms of oppression; and introduce a new logic built not on competition or narrowly defined “efficiency,” but by putting human beings, human needs, and human rights at the center of all policies and practices. More specifically, we pledge to:

In solidarity,
The Healthcare Is a Human Right Collaborative